Unveiling The Secrets Of Gemstones And Crystals

Have you ever puzzled over the difference or similarity between gemstones and crystals when you shop for jewelries? Don’t they look alike? All beautiful and in their best brilliance?

The difference lies in their properties found within the precious stones.

What makes a Gem glamorous?

Picture fancy stones set in fine jewelry or royal crowns, scepters, and other famous jewels, like the Hope Diamond, are all examples of gems. Certainly we know a gem when we see one, but what exactly makes a gem a gem?

A gem or gemstone is a rare mineral of the purest quality, that it is priced highly and considered ‘gem quality’.  The minerals found in the gemstone  are naturally occurring, inorganic, crystalline solids, of definite chemical composition, to be significantly different from the composition of crystals. There are also a few ‘gemstones’ that are actually rocks or fossils, not minerals which we will share below.

There are many different types of gemstones, and they can be grouped based on how they are formed.

1.Mineral Gems – This is by far the largest group, with over 130 different minerals being used as gems. Diamonds, sapphires, rubies, emeralds, and almost all of the birthstone gems (except for opal) are formed from minerals.

2. Organic Gems –  The next largest group is the organic group, which contains both fossil-based gems such as amber, and organism-formed gems like pearl, mother of pearl (nacre), and ivory. This group contains gems that are most frequently used in ornamental carvings and sculptures, as many are structurally strong (like ivory) or delicate and iridescent (like mother of pearl).

3. Other Inorganic Gems – There are only two other types of inorganic gems, opal and obsidian. Obsidian is a black volcanic glass, and forms as a product of volcanic eruptions. It also has a ‘snowflake’ variety that has white, snowflake-like inclusions in it. Opal is an unusual material, in that it is amorphous form of silica, meaning it can be a solid crystal but sometimes behaves as an almost liquid intermediate phase.

4. Rock Gems – This group consists of lapis lazuli, a blue and sometimes white or gold stone, and unakite, a pink, green and white form of granite.

5. Synthetic Gemstones – This is a special class of gemstones known as synthetic gemstones. These are stones that are not naturally occurring, like minerals, or formed from organisms, like pearls, but instead are formed through human intervention. Synthetic gems are designed to look like naturally occurring gems but without the hefty price tag caused by the rarity onatural stones. The most classic example of a synthetic gem is cubic zirconia

A crystal is a solid that undergoes atomic activity and transformation, and arranged into a “highly ordered” repeating pattern. These patterns are called crystal systems. If a mineral has its atoms arranged in one of them, then that mineral is a crystal.

All minerals form in one of seven crystal systems: isometric, tetragonal, orthorhombic, monoclinic, triclinic, hexagonal, and trigonal. Each is distinguished by the geometric parameters of its unit cell, the arrangement of atoms repeated throughout the solid to form the crystal object we can see and feel.

Crystals come in many different shapes and sizes, and each one has different characteristics. What they are made of determines how it will form. Some crystals can be made from salt–these make cubed-shaped crystals. Some are derived from other elements and form completely different shapes. Some examples of these are diamonds or rubies. There are some elements that can create more than one shape.

Most crystals have natural origins. They can form through inorganic means, such as within the earth. Others form through organic processes within living creatures. Laboratories can also create crystals artificially. For example, cubic zirconia, a synthetic gem material, forms with a cubic crystal structure when zirconium and zirconium dioxide are super-heated. The resulting material commonly finds use as a diamond imitation or stimulant.

Now that you have understood the difference and similarities between gemstones and crystals, you will appreciate their stark beauty towards adornment in today’s jewelry world. Start leveraging their powers to address and transform your fashion statement to your life! 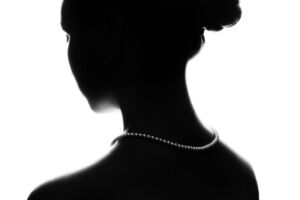 No limits to your life. Jewelry for your lifestyle.

MyWishBox / About Author
MyWishBox salutes the women of today who are courageous in all stages of life.

We want to encourage you to dream big and achieve your goals by celebrating your success with you through our unique and creative jewelry.

Our mission is to provide the highest quality products at affordable prices to ensure your satisfaction and happiness.

Being caring society members ourselves, we aim to pledge donations from 1000 happy customers to the underprivileged women communities.

We love what we do. We are here for you.

"She is clothed with strength and dignity, and she laughs without fear of the future”.
More posts by MyWishBox